IGNITING MINDS WITH THE FIRE OF DIPLOMACY

In order to make the youth receptive of the problems that surround them, KLE Nagarbhavi aimed to provide a simulating conference in which around 300 students from all over the state participated. 10 delegates from KLES’ International School, Belagavi had participated in this MUN event. Master Arush Dodwad debuted as the Chair for UNHRC and did an amazing job.
The conference was organized on the 7th and the 8th of September 2019 which had a total of 4 sessions. It started off with the Secretary General declaring the conference open. The students who were representing various countries and various committees spoke and debated upon matters concerning the future of the world. 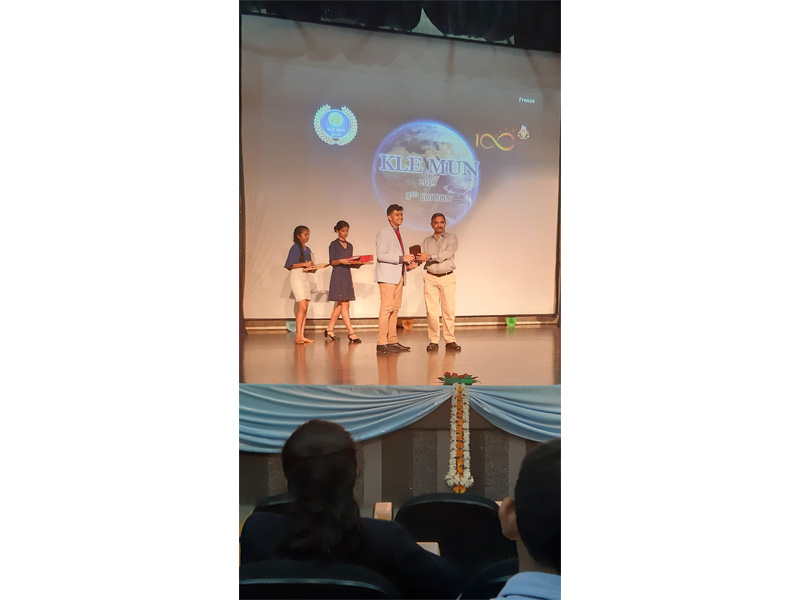 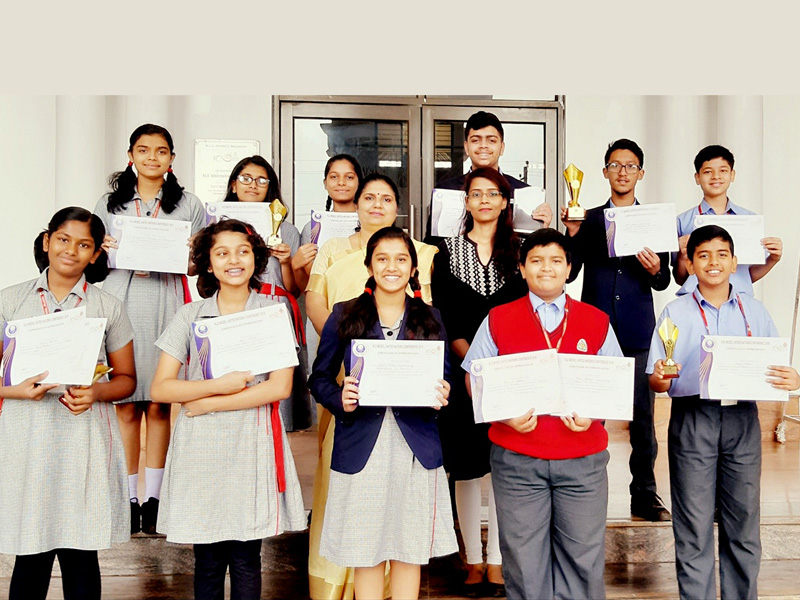 This conference not only aimed at debating and winning , but rather at making the youth aware of real life threats and the solutions they could come up with as citizens of the world! Indeed it was an amazing experience for the budding diplomats!

'Know Peace For No War'

MAY THE BEST TEAM WIN !
KLEITES proved that they were a formidable lot when it came to winning championships!!!
It was an unforgettable moment for KLES' International School, Belagavi as they surged up to the top and were declared the overall winners at the IIMUN organized by Lovedale School from 26th July 2019 to 28th July 2019.
The winning of the General Championship trophy was indeed an impressive win as the students had competed with the best in the various categories in the competition for excellence and tenacity.
Miss Laxmi Kurandawadi- Best Journalist (Gold Medal)
Master Siddharth Gajbar- Best Delegate (Gold Medal)
Miss Mandavi Singh- High Recommendation (Bronze Medal)
Master Atharva Todkar -UN sports(Silver Medal)
Miss Asmita Kotrannavar-Verbal mention.

Mrs. Renuka N. and Dr. Babita were appreciated for their extensive support and guidance at the IIMUN Programme.
Principal Mrs. Dipti Ingley congratulated the winning team and wished them success in their forthcoming venture.

KLES' International School, Belagavi once again showcased its talent at Sanjay Ghodawat School, Kolhapur which had hosted the SGIIMUN on 3rd, 4th and 5th August, 2018. Master Arush Doddwad and Master Sujal Sawant achieved the 'Best Delegation' award. They had to face a tough competition from their opponents but emerged victorious due to their steadfastness and fortitude. The rest of the deserving participants were appreciated for their resolve and persistence and received participation certificates.
Principal, Dipti Ingley congratulated the winners and the participants. The teachers, Ms. Reshma H. and Mrs. Jenifer Patil, who had escorted the students were full of praise for all the students commendable work. 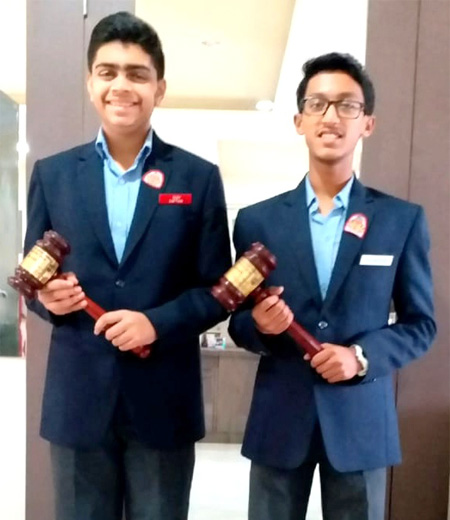 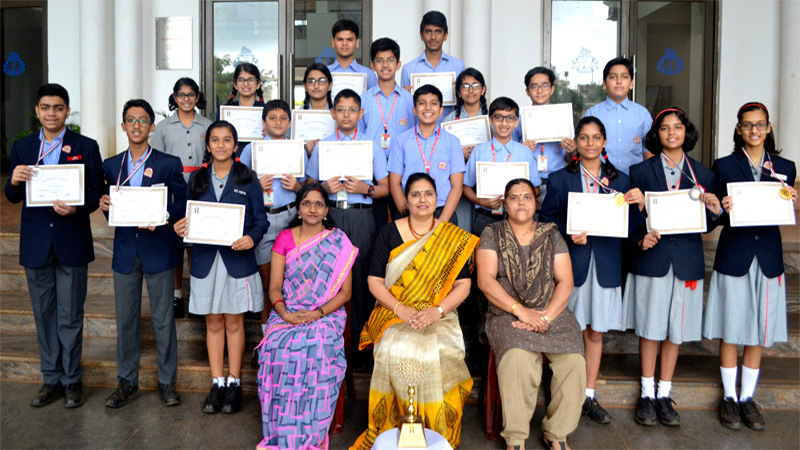